The stories behind cross-cultural fashion trends

Every creation has a backstory. Therefore, every piece of clothing ever created has some form of inspiration behind it. Fashion has had ample ups and downs. Clothing has both developed further and gone back in time throughout the history of fashion.

So, here are some historical facts on cross-cultural fashion trends that are probably already in your closet that you may find interesting. Some of these may even be items you use regularly! 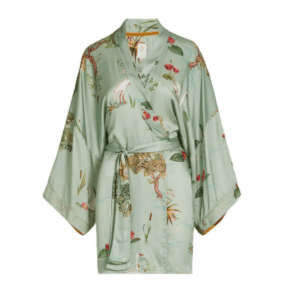 The Western “kimono” has grown quite popular due to its casual and charming everyday wearability. The thin fabric, floral printed and wide-sleeved designs on robes, that are now so popular in fashion, are a courtesy of Japan! Kimonos are a Japanese traditional piece of clothing with fine sleeves, silky materials with stitched floral designs and they are considered one of the most attractive pieces of clothing. Kimonos are wrapped about the waist and one of the main things it offers is easy movement of the body. This was important as most of their day-to-day activities were done seated on the floor. They used to be symbols of Japanese class dynamics. Kimonos were also a way to keep the Japanese culture alive after the West invaded Japan. Western designers were inspired by the Kimono’s elegancy to create the Kimono cardigan we now know and love. 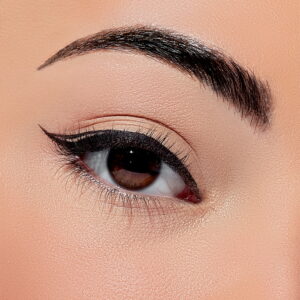 Eyeliner is one of the most highly used makeup products ever. We never think about its origin as it’s used all over the world to a great extent. Egypt! Egyptians once wore it to keep illness and evil spirits at bay.  The Egyptians associated eyeliner to the ancient gods Horus and Ra, who would protect them from illness. For this reason, they considered it to be magical.

According to the study, the components of the eye-liner increased the production of nitric oxide, which boosts the immune system. Because two of the chemicals did not exist naturally and had to be created, the scientists believe the Egyptian “chemists” may have used these lead-based cosmetics to achieve the look. Eyeliner took off in Europe and became a popular make up product around the world when archaeologists came across tombs in Egypt in the early 1900s. In 2010, the American Chemical Society reported that eyeliner did in fact aid in the fight against infection.

Everyone owns at least one pair of blue jeans as they are a closet staple. Jeans were invented in Europe. “Jeans” is derived from the Italian word “Genoa”, and the first ever jean fabric was produced in Italy. It was then stained indigo, which is now the blue coloured clothing we now know as denim jeans.

The word “denim” comes from the French term “de Nîmes,” which refers to Nîmes, a commune in France. This is where people tried to replicate the fabric. People think denim is a French innovation because of its name. Denim was actually produced in England. After the United States gained freedom from England, they began mass-producing denim of their own which made the industry a lot more competitive. A German fabric salesman in San Francisco named Levi Strauss (we now know this company as Levi’s) sold denim in the United States, and Nevadan tailor Jacob Davis, who sought to make jeans work pants for manufacturing employees by making them more breathable and durable. Read more about Levi’s here: www.levistrauss.com/levis-history/

Both worked together to develop the first ever pair of blue jeans. Blue jeans were commonly worn by working men on the Western frontier which gave the jeans a rugged look. Blue jeans are now a norm for everyone all over the world. Therefore, they are one of the most popular clothing items. 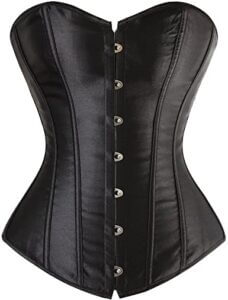 Corsets are known for providing ladies the ideal “hourglass” figure. They are garments that allow you to modify your body to the corset’s desired shape. They usually come with laces on the front and back.  Corsets are rapidly becoming the next big thing in fashion, thanks to their cross-lace pattern and the hourglass form you can derive from it. The corset was preceded by a garment known as “stays.” Stays had a more tube-like form rather than a curvier one and were usually worn under clothing. Stays were worn by French ladies in the early 15th century to attain the tube-like body shape they desired. Stays became a popular additional garment for French, Italian, and British women in the 16th century. After the 19th century, the term “corset” was coined to describe a stay-like underwear that could cinch the waist and elevate and broaden the chest and waist.

Unusual & Funny Gifts For Your Friends

Social Media | The 3 Influences It Has On Us